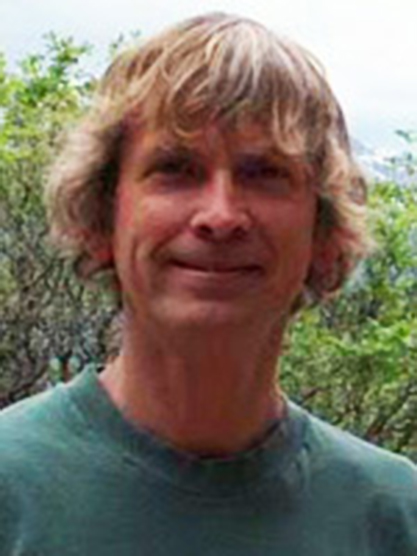 Dr. Tierson has been a part of the University of Colorado Community since 1982.

Following a year at Syracuse University as a physics major (at the time, planning to specialize eventually in astrophysics) starting in 1966, I spent three years in the US Army (nearly two years of which was spent in Vietnam).  Starting at the State University of New York at Albany as a physics major in 1970 and taking anthropology classes to supplement the physics, I found my true love in biological anthropology and evolutionary theory.  After completing my BA in anthropology at SUNYA in 1973, I moved back to my home town of Newcomb, New York, and worked for nearly five years as a metallurgy technician in an open-pit titanium mine.  Returning to SUNYA as a grad student in bioanthropology in 1977, I finished my MA in 1979 and my Ph.D. in 1982.  For the last two years, I was also a full-time Research Instructor in Biostatistics at the Albany Medical College of Union University.

My early (and continuing) research involved/involves human pregnancy, nausea and vomiting of pregnancy, dietary cravings and aversions during pregnancy (my dissertation topic) and how they were/are all related to nutrition levels during pregnancy and pregnancy outcome.  In addition, I am also interested in the evolutionary significance of all these interrelated symptoms/behaviors.  My graduate interests also involved aspects of human demography and human population genetics.   For the past several years, my major research interest has involved evolutionary theory, especially aspects of what I call catastrophic evolution.  This involves a number of research areas, including space weather (especially effects of our star on our planet), space debris (rocks and chunks of ice) and smaller 'catastrophes' that affect local environments and not necessarily the entire planet at once.  This last category includes factors like volcanic eruptions, weather and weather change, climate and climate change, and plate tectonic effects, among others.  Perhaps this all could be described as effects of the physical environment on evolution. Even more importantly in terms of catastrophic evolution and anthropology, I'm interested in catastrophic genetic change.  This includes both microevolutionary (point mutation) changes in enzymes having immediate macroevolutionary effects and larger scale genetic changes usually referred to as karyotypic orthoselection.  This especially refers to the effects of chromosomal translocations sometimes affecting large chunks of chromosomes.  One of particular interest in anthropology is the fusion of chimpanzee chromosome pairs 12 and 13 (or 2a and 2b) into human 2 (and possible 'side-effects' and/or byproducts of this fusion event).  In addition, I am especially interested in the effects of the demographic transition and related epidemiologic transition on human evolution (the interactions between human 'diseases' and population size and dispersion).  This last area includes the incorporation of bacterial DNA into the human genome and resulting consequences.